What Happens When an Incumbent's Core Strategy Goes Wrong

The current market status of the government-owned Bangladesh Telecommunications Company Ltd. (BTCL) provides one example of just how much the market share of a former incumbent carrier can fall.

With a declining base of less than a million connections, BTCL has shrunk to being mainly an infrastructure services provider, while Telenor--Grameenphone, Vimpelcom–Banglalink, and Axiata–Robi hold about 90 percent share of the mobile market of 126 million accounts.
Bharti Airtel–Airtel, Singtel–Citycell, and state-owned TeleTalk round the ranks of mobile providers. 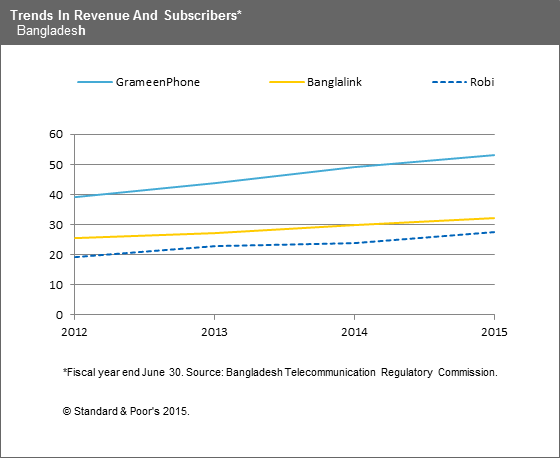 Generally speaking, analysts have suggested there are but a handful of strategies any former incumbent can choose, ranging from full wholesale on one end to roles that are application heavy at the other extreme.

Many tier one service providers rightly worry about the dangers of embracing the wholesale role. In addition to strategic choices, execution risk is a major issue, BTCL illustrates those dangers.
at August 28, 2015