Illustrating the principle that scale matters in the telecom business, Iliad reported consolidated revenues up by seven percent to €2.2 billion in its first half of 2015, with mobile segment revenues up more than 18 percent, while fixed segment revenues climbed half a percent.


Iliad says its share of the mobile business rose to 16 percent, after adding a net 820,000 new subscribers in the first half of the year, with earnings (EBITDA) up 16 percent to €725 million.


Iliad said its EBITDA margin advanced by 270 basis points to 33.6 percent. “This strong rise in profitability was driven by favorable developments in the Mobile business and the economies of scale achieved in terms of the Group's fixed cost base.”


Iliad now has 10.9 million mobile subscribers, and has exceeded its original expectations for market share, on that metric. 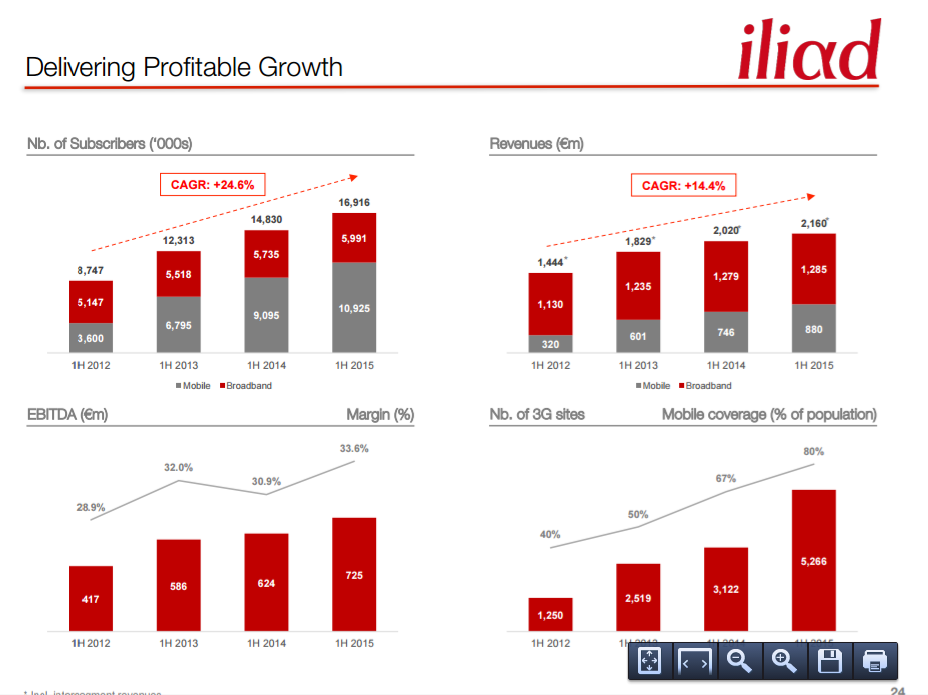 
Though hopeful that the marketing war ignited by Free Mobile is drawing to a close, executives in the French mobile industry are generally unwilling to say the mobile marketing wars have ended. On the other hand, the disruptive level of competition has moderated.


That can be seen in average revenue per user and earnings that seem to have stabilized at SFR and Numericable, while Orange likewise has been seeing higher revenues and nearly flat earnings.
at August 31, 2015