The only certainty in India’s mobile market is that market share will change after Reliance Jio enters the market late in 2015. What might not change is the degree of market fragmentation, however.

Many believe the market will consolidate to a smaller number of providers after Reliance Jio enters the market. But that might remain difficult for several reasons. Some would question how much upside is gained by any acquisitions of the smallest providers, given caps on permissible market share and spectrum limit the “growth by acquisition” strategy.

The point is that even if suppliers think consolidation would be helpful, there are regulatory barriers to serious structural change.


The other likelihood, though, is that Increasing data consumption and growing average revenue per user should lift revenue growth in India's telecommunications industry at eight percent annually up to 13 percent annually over the next several years, according to Standard & Poors. 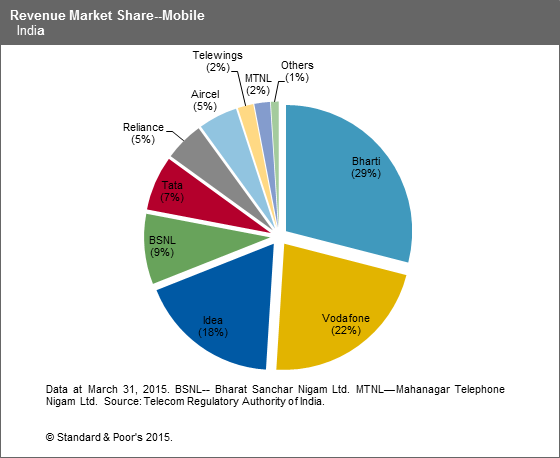