No market, the saying goes, grows to the sky. At some point, every market saturates, as most of the potential buyers actually have done so. That is starting to be the case for smartphone sales globally, even if pockets of potential growth remain.


Smartphone shipments are expected to grow 10.4 percent in 2015 to 1.44 billion units, according to International Data Corporation (IDC).


That forecast is revised lower from an earlier forecast of This is lower than IDC's previous forecast of 11.3 percent year-over-year growth in 2015.


IDC expects a noticeable slowdown in smartphone shipments in 2015 as China growth moderates.


As the largest market for smartphones--32 percent of all new smartphone shipments in 2014--China remains important even if its growth has begun to slow.


China will remain the largest market for smartphone volumes through 2019.


However, its share of the overall market is expected to drop to 23.1 percentin 2019 as high-growth markets like India continue to expand.


More than 26.5 million smartphones were shipped to India in the second quarter of 2015, up 44 per cent from 18.4 million units for the same period last year. 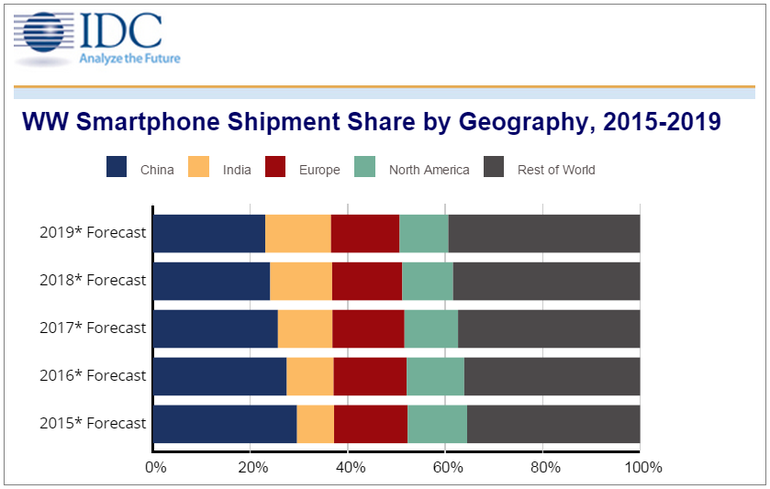