The number of fixed network phone connections in India fell more than 15 percent in the last 2.5 years, the Ministry of Communications and Information Technology reports, even as the total number of connections has grown.


As you might expect, mobile has been the growth driver.  In fact, the mobile segment represents 97 percent of total telephone subscriptions.


The Indian telecom services market is expected to grow at a CAGR of 10.3 percent compound annual growth rate from 2015-2020, mainly driven by mobile services. 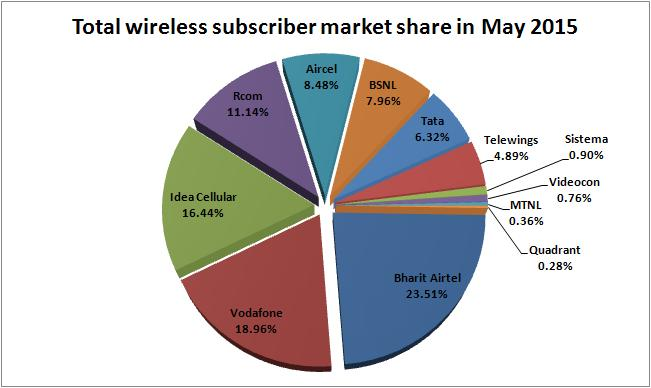 
The number of landline phone connections declined to 26.15 million at the end of June, 2015 from 30.79 million as on December 31, 2012, Minister of Communications and Information Technology Ravi Shankar Prasad said in a written reply to the Rajya Sabha.