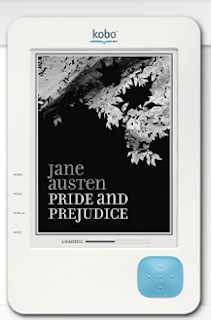 Borders is cutting the prices of its leading e-book reading devices, the Kobo and Aluratek to $129 and $99.99 respectively. The Kobo was previously priced at $149.99 and the Aluratek was priced at $119.99.

As E-Book Wars Heat Up, Borders Drops Prices Of Kobo And Aluratek Devices
at August 31, 2010