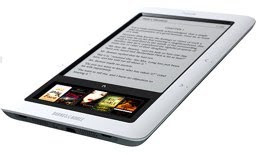 Barnes & Noble has reported a loss of $62.5 million for its first fiscal quarter ending July 31, compared to a profit of $12.3 million the year before, and despite a 21 percent increase in year-over-year revenue to $1.4 billion.

The company cited sales of its e-reading device, the Nook, as the driving force behind the increase in online revenue.