Hard to Argue with the Results: Zero Rating Gets People Online, Sustainably, Rapidly


Zero rating arguably is most important in developing countries, where the costs of mobile data services are higher relative to per capita incomes, where many people have not yet used the Internet.


The obvious benefits of Zero Rating include lower prices for consumers, especially those who might otherwise have difficulty affording mobile data plans, and expanding Internet adoption.


Some argue zero rating violates net neutrality principles by discriminating in favor of some content over other content.


That is a tricky argument, if one assumes the purpose of network neutrality rules is primarily to ensure that consumers have access to all lawful applications. In that view, the importance is that no applications are blocked.


But some take a more expansive view of network neutrality, insisting that the “no blocking” rule also includes other practices, such as mandating that no quality of service mechanisms be allowed for consumer Internet access. That colloquially is expressed as barring “fast lanes” in the Internet access business (though fast lanes routinely are used by app providers and access providers in the backbone of the network).


Going farther still, some argue that no business arrangements are allowable that treat any bits, or any apps, “differently” from any others. That is where some view zero rating as problematic.


Critics of Zero Rating worry that it could harm competition in Internet access markets or interfere with consumers' unfettered access to online information.


Some regulators in a handful of countries have taken steps to limit or ban Zero Rating programs.


The government of Chile, the Netherlands, Slovenia, Canada have barred the practice. Norway and India are looking at doing so.


The U.S., Federal Communications Commission says it will evaluate zero rating programs on a case-by-case basis.


But Dr. Jeffrey A. Eisenach, NERA SVP, argues that the two primary criticisms of zero rating--the potential for anticompetitive market foreclosure and concerns about diversity of expression--are misplaced.


Within thre first 30 days of use, more than half of the people who come online through Internet.org become mobile data subscribers, Facebook notes.


All zero rating plans share one characteristic: They allow mobile subscribers to access certain online content “for free” – that is, without having the associated data usage counted against their usage allowances under wireless service plans.


The plans differ in two main respects: The types of content included, and the underlying business arrangements.


Zero rating business arrangements vary mainly according to the nature of the relationship between the access provider and the content provider.


The most common form of Zero Rating plans are “carrier initiated” – that is, the mobile carrier simply chooses to zero-rate certain content as a means of attracting customers.


“Sponsored data” plans represent a different model, under which content providers pay carriers to have their content zero rated.


And then there is the Internet.org model, where app providers and carriers agree to work together to provide no-cost access to some apps, but there is no exchange of money between app provider or carrier.


It is hard to deny the value of zero rating where it comes to providing clear incentives for people to sample the Internet, and for quickly converting many non-users into users.
at August 01, 2015

As Important as Edge Computing, IoT and Security Are, ARPU Increases and Account Growth Will Drive Service Provider Business Revenue

Most “new source of revenue” growth opportunities available to fixed and mobile service providers are incrementally important. Very few are ... 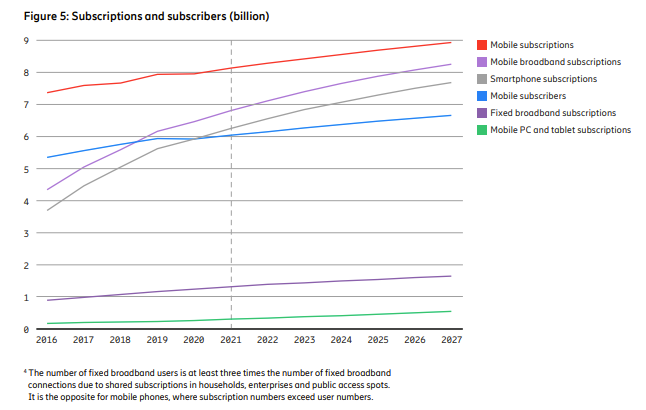