20% of U.S. Households Rely Exclusively on Mobile for Internet Access

As "wireless substitution" gutted the fixed network voice business, there now are growing signs that mobile has become an effective substitute for fixed network Internet access.


But that represents a sizable drop in fixed network  home Internet access use, from 82 percent of online households in July 2013 to 75 percent two years later. 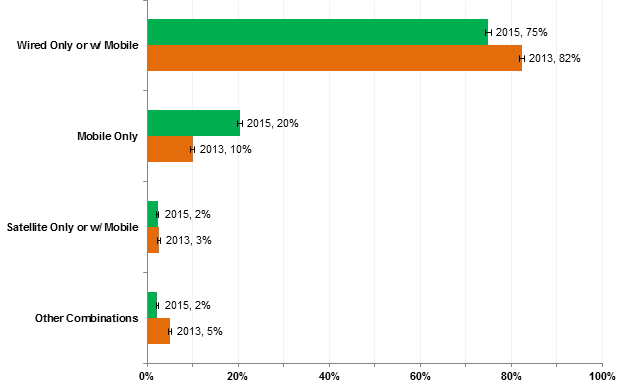 As is the case in many other regions globally, low-income households are significantly more likely to depend on a mobile data plan than those with higher incomes.


Exclusive Use of Mobile Internet Service 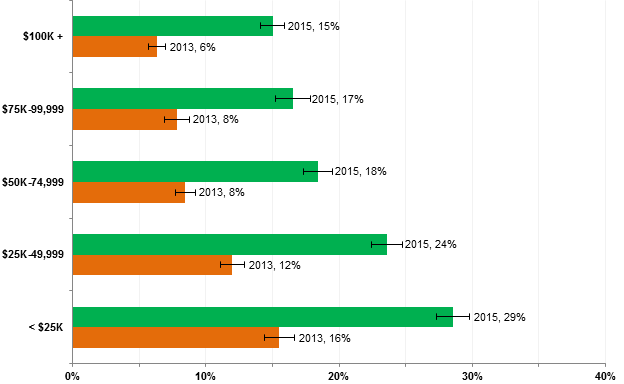 Also, NTIA’s latest data shows that some of the demographic groups that have historically lagged behind in using the Internet—senior citizens, minorities, and Americans with lower levels of educational attainment—are erasing the gaps.


Internet use increased significantly among children and older Americans between 2013 and 205, for example.


Children between the ages of three and 14 became substantially more likely to go online, as Internet use among this group increased from 56 percent in 2013 to 66 percent in 2015.


While Internet use among those Americans with at least some post-secondary education remained steady between 2013 and 2015, it increased significantly among those with education up to a high school diploma. 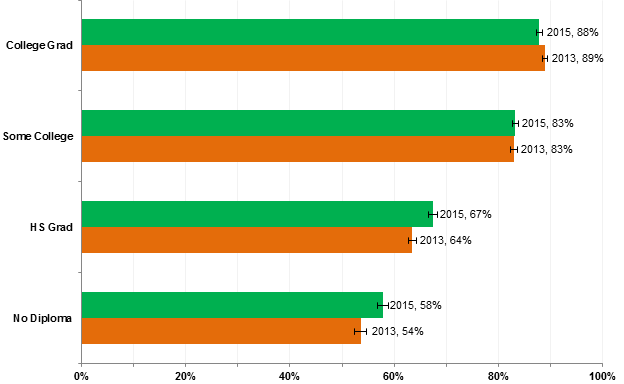 Although those with lower levels of educational attainment are gradually increasing their online presence, the gap in Internet use based on education remains quite large, with 88 percent of college graduates going online in 2015, compared with 58 percent of those with no high school diploma.


Internet use among those aged 65 or older increased from 51 percent to 56 percent during the same period.

Usage remained largely unchanged among those who were previously most likely to go online, with 83 percent of Americans between the ages of 25 and 44 reporting Internet use in both 2013 and 2015.
at April 19, 2016