With the caveat that growth is occurring from a low base, IoT network connections are growing at strong double-digits rates.


To be sure, adoption of some lead IoT apps has been driven by regulatory requirements, not necessarily end user demand. The U.S. Energy Act (2007) accelerated efforts to monitor energy consumption. 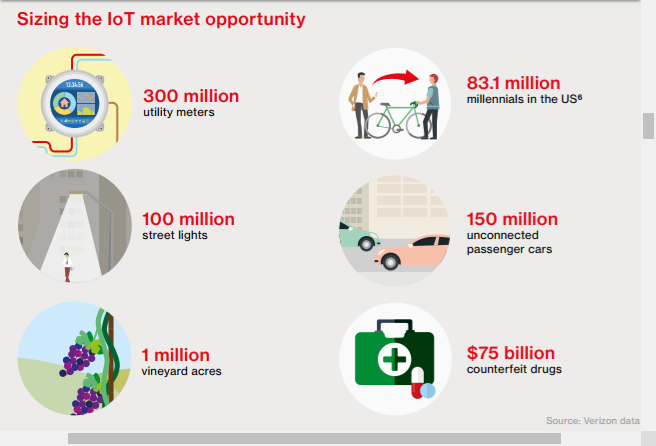 Nearly a decade later, the installed base of remote-capable meters with smart grid app support is expected to reach 454 million in 2016 and to more than double by 2020, making it a leading IoT device, Verizon notes.


Likewise, the Drug Supply Chain Act requires that  drug manufacturers by late 2017 create methods for electronically transferring and storing transaction histories for their prescription drugs, including shipment information across their distribution supply chain. That is expected to boost demand for IoT sensors to track shipments.


Similarly, the U.S. agriculture and food industry is deploying sensors on an ever-widening scale to monitor key production conditions, shipping time and other metrics as a means to comply with a new and comprehensive set of reporting requirements under the 2015 Food Safety Modernization Act.


But private sector driven demand is growing. The total market size for digital precision agriculture services is expected to grow at a compound annual growth rate of 12.2 percent between 2014 and 2020, to reach $4.55 billion, Verizon notes.


One of the biggest trends in farming today is precision agriculture, the practice of sensing and responding to variable soil, moisture, weather and other conditions across different plots.


Depending on the crop, the Precision Agriculture Service can help increase overall profitability by $55 to $110 per acre, Accenture consultants say. 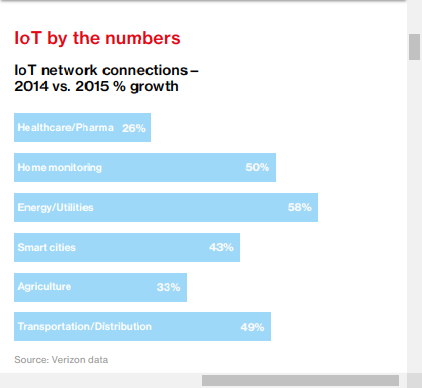 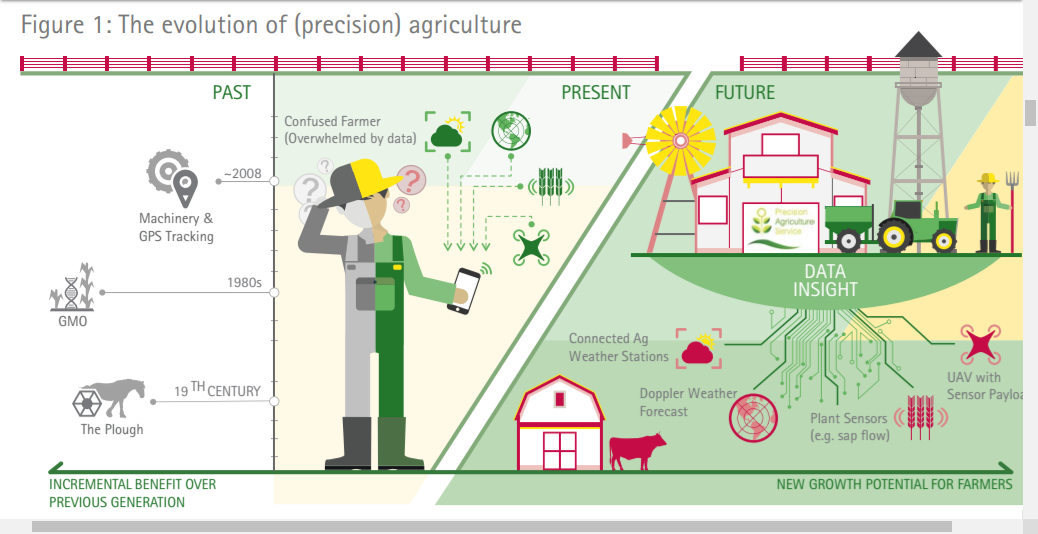