U.S. consumers who use streaming services now spend about 42 percent of their television time watching such services, rather than linear TV, a study sponsored by Adobe and conducted by the Diffusion Group has found.

Some 82 percent of adult video streamers subscribe to some type of online subscription video service.

Netflix is used by 70 percent of adult video streamers, followed by Amazon Prime at 33 percent and Hulu Plus at 21 percent. 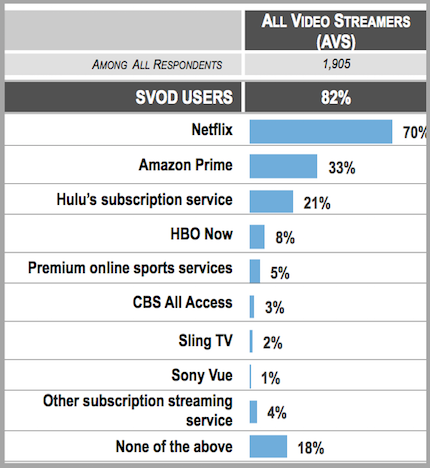 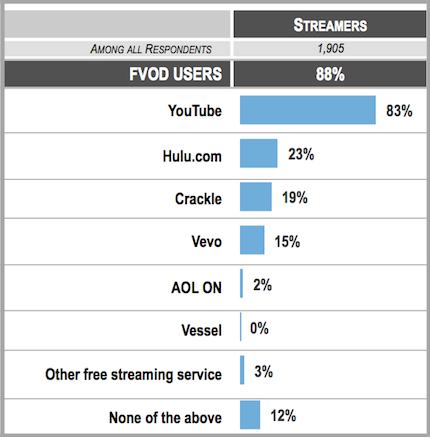