That would not be a surprising claim, coming from a major supplier of solutions for such problems.


Bell Labs Consulting found that audio and video streaming will be the highest contributors to the increased traffic demand in coming years, accounting for a 79 percent total increase by 2020.


Bell Labs Consulting models show that by 2020, 67 percent of the worldwide consumption demand can be met by Wi-Fi. 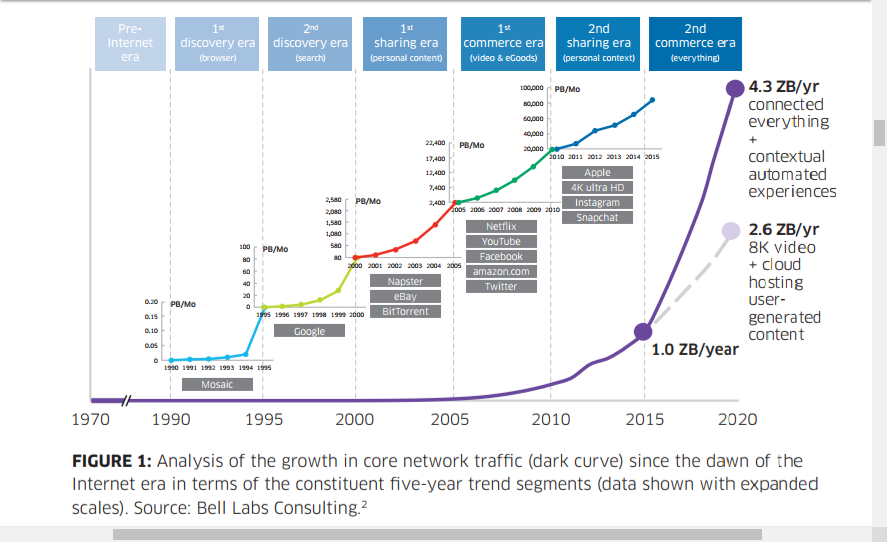 Another 14 percent can be addressed by the current adoption rate of 3G, LTE, small cells and the emergence of new technologies such as 5G.


So network operators will need to accelerate their path to 5G and cloud technologies, such as network function virtualization (NFV) and software-defined networking (SDN), and adopt new business models to address the demand gap, Bell Labs argues.


The emerging unknown in the network equation is the Internet of Things, Nokia says.


Of this total, cellular IoT devices will be between 1.6 billion and 4.6 billion in 2020. Despite this massive adoption, the overall cellular traffic generated by IoT devices will only account for two percent of the total mobile traffic by 2020 until video-enabled sensors and cameras begin to predominate.


Signaling traffic is where there likely will be an impact, however.


A typical IoT device may need 2,500 transactions or connections to consume 1 MB of data, while the same amount of data can be consumed in a single mobile video connection.


As a result, daily network connections due to cellular IoT devices will grow by 16 to 135 times by 2020 and will be three times the connections initiated by human generated traffic.

By 2020, global consumption demand for digital content and services on mobile and portable devices will see a global average increase of 30 to 45 times from 2014 levels -- with some markets experiencing as much as a 98-fold jump.
at April 18, 2016