T-Mobile US Gains Most Subscribers in 4Q 2015, But Market Becomign a Zero Sum Game

In a saturated but competitive market, nearly all account gains necessarily must come in the form of taking market share from another supplier, and the U.S. mobile market illustrates the trend. In other words, the U.S. market is becoming nearly a zero sum game.


By 2014, use of mobile phones had reached 110 percent in the U.S. market. And though half of the leading four carriers gained net accounts, while the other half lost net accounts, the big change might be that the majors are gaining subs at the expense of smaller providers. 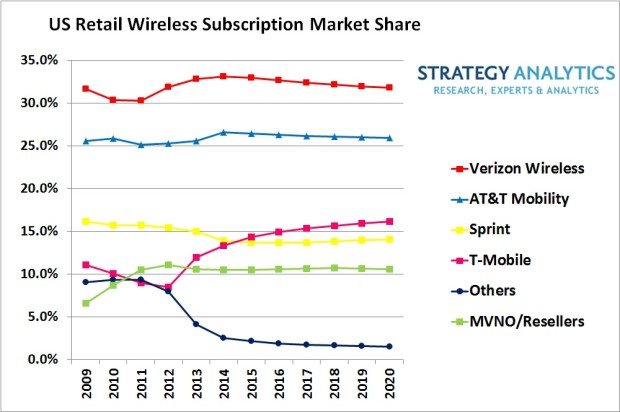 
Other carriers had a net loss of 15 percent.


The analysis by Consumer Intelligence Research Partners shows that among customers that activated a phone in the quarter (approximately 12 percent of the U.S. market), T-Mobile US grew its customer base 42 percent (net 24 percent) at the expense of other carriers, as did Sprint, which gained a net three percent.