By one methodology, which compares churn as a percentage of lost customers across the whole base of U.S. broadband homes, churn rates are low for a consumer service, amounting to annual losses of about 20 percent, or monthly rates of less than two percent.


Using the other methodology, one more common for churn measurements--the percentage of the current subscriber base who drop service in a month or year--OTT video service churn is low for Netflix, relatively low for Amazon Prime and high for Hulu Plus.


In 2015, Netflix lost about nine percent annually; Hulu Plus about 50 percent for the year; Amazon Prime about 19 percent over 12 months.


Amazon Prime is about 1.5 percent a month, acceptably low for a consumer service.


Mature access services, especially mobile and triple play services, can have churn of less than one percent a month, by way of comparison. 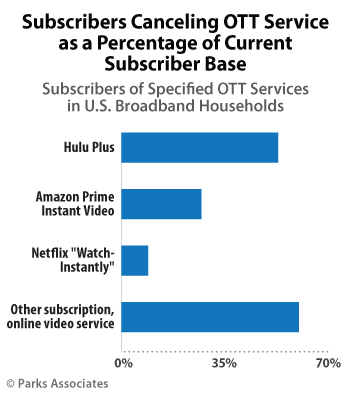 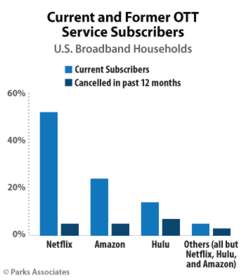