Because of losses by telcos, cable will get all the net growth (more than 100 percent), with satellite Internet access providers adding 98,000 accounts as well. Telcos will lose accounts, on a net basis. 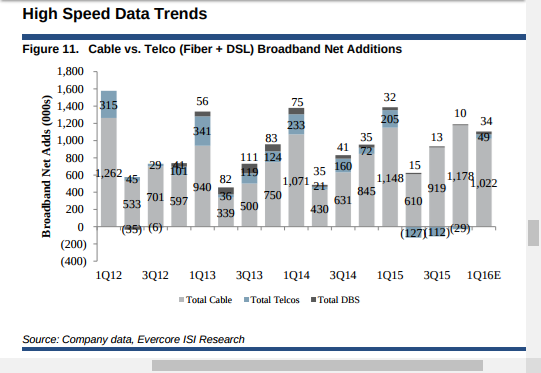 
And even if it no longer is the most-important metric, cable TV companies continue to add voice accounts as telcos lose them. 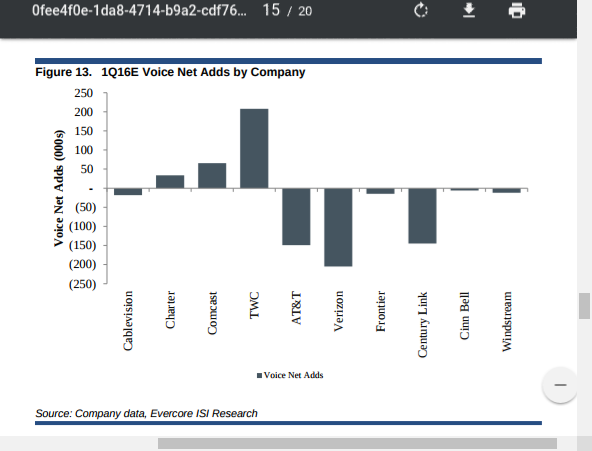