The smartphone has displaced the PC as the dominant device for the download and consumption of content, a new study by Limelight Networks suggests.


On a zero to four scale, with lower scores representing more-frequent activity, the mobile phone is the device used most often, followed by the PC, and then the tablet. 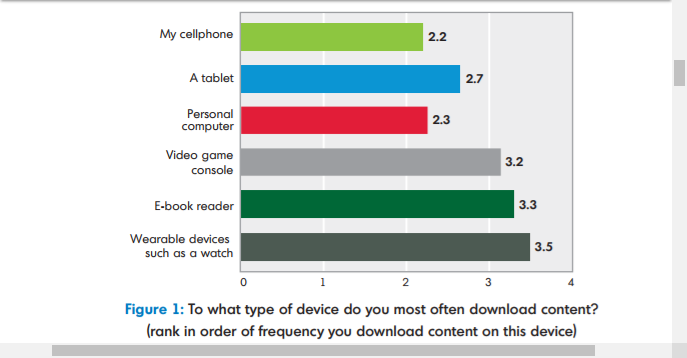 
The bulk of downloading occurs at night. So content downloading has the same “prime time” as does television viewing: 6 p.m. to midnight.

More than 40 percent of that activity involves movies and TV shows, while 35 percent download video games and music.
at April 05, 2016