Of the roughly $27.7 billion in business IP telephony spending, about $9 billion is generated by purchases of SIP trunking services (access).


Managed IP PBX services amounted to about $10 billion globally, while another $9 billion worth of hosted PBX services are sold as well.


Roughly 10 to 20 percent of new IP PBX lines sold are part of a managed service or outsourced contract depending on region, Myers said. Annual sales of business phone systems might have amounted to $6.4 billion in 2015, extrapolating from second quarter 2015 sales estimates.


As a result, managed IP PBX services, including private cloud services, are expected to comprise the largest segment of business VoIP services over the next several years.


There were 230 million residential VoIP subscribers worldwide in 2015, an increase of 3 percent from 2014 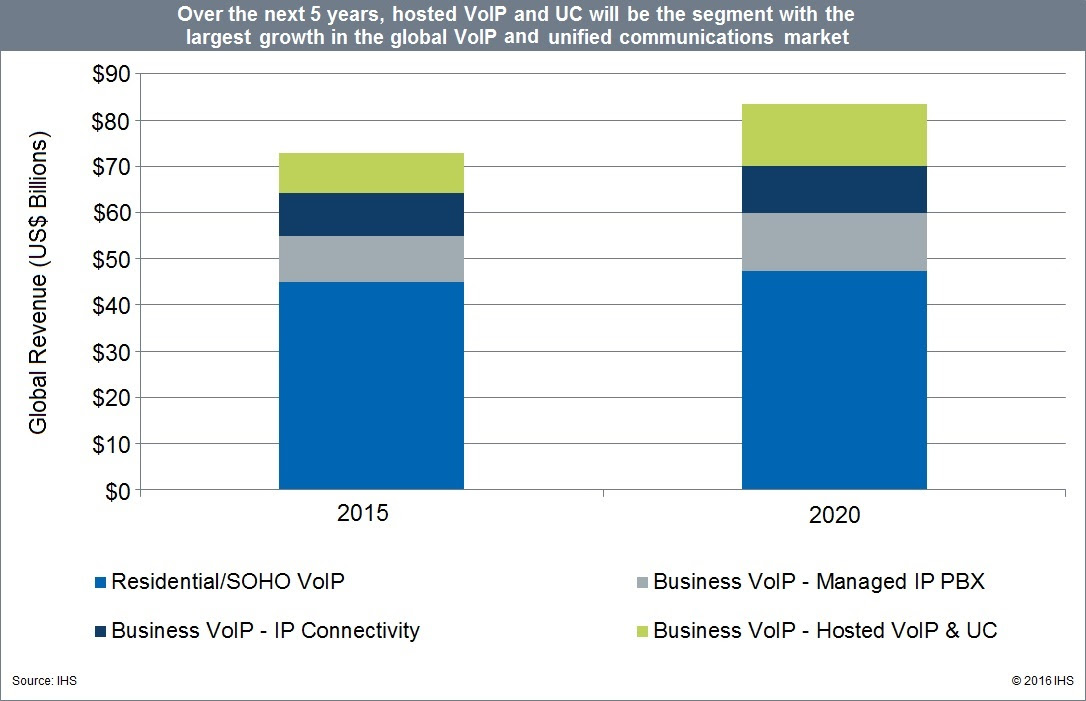