“These questions are related because they converge around the issue of how many facilities based networks are optimal in providing competitive services in the same geographical location, a report by the Organization for Economic Cooperation and Development says. 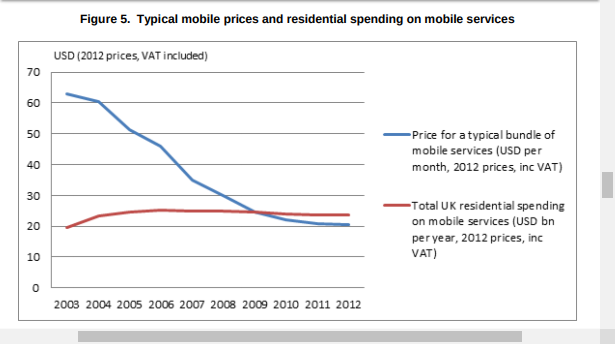 Some might argue that markets with four operators, such as the United Kingdom has had, produce lower prices. What is unclear is the impact of a reduction from four to three leading operators.

“It appears from the cases for revenue trends in Austria and the United Kingdom that fierce competition from four players, in a market, does not necessarily decrease overall revenues dramatically – at least for these countries,” the OECD report states.

Australia and Austria are among the very few countries that have reduced the number of leading operators from four to three. Results are rather more subtle than might have been expected.

“While price is only one element in assessing the value provided to a customer, others being quality of service, coverage and so forth, the clear trend in Australia has been for consumers to receive less included data in their mobile bundles,” OECD notes.

“Aside from indications on prices, it is not possible to assess the overall effects in the Australian market of the reduction from four MNOs to three,” OECD concludes.

In Austria, “prices tended to continue to decline for users with larger consumption patterns and rise for those with lower usage,” OECD says, both before and after consolidation from four to three.
at April 11, 2016