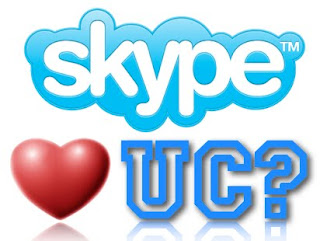 A funny thing has happened to VoIP, unified communications and videoconferencing. Originally seen by many developers as products most important to business and enterprise users, each has gotten most traction in the consumer space.

Analysts at Gartner, for example, now say that consumer markets, and not the unified communications and collaboraion vendors, are driving innovation in the UCC space.

Some 79 percent of respondents to a recent survey by Global IP Solutions said that they currently use a consumer application such as Skype as their primary videoconferencing application, for example.

Skype points out that more than 30 percent of its global user base uses the service for business, while “an average of 34 percent of Skype-to-Skype calls now including video,” says Josh Silverman, Skype CEO.

Skype also is used for international traffic and many businesses are becoming more open to using hosted solutions for business applications.

An argument might also be made that much of the value of UC or UCC actually is captured by use of relatively simple tools such as Skype, or Google Voice or any number of other rather easy to understand consumer applications.
at February 13, 2010