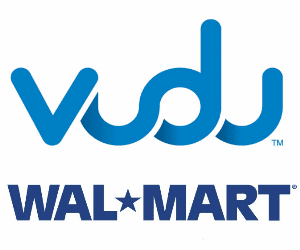 What do you do when you are one of the top retailers of DVDs in the United States, and the product starts to face serious substitution from a newer product?

You start selling the newer product. Or so Wal-Mart thinks.

The retail giant, according to the New York Times, has agreed to buy Vudu, a three-year-old  online movie service built into an increasing number of high-definition televisions and Blu-ray players.

Wal-Mart’s move is likely to give a lift to sales of Internet-ready televisions and disc players, which generally cost a few hundred dollars more than devices without such connections.  Nor is the move the first attempt by Wal-Mart to figure out a way to make a transition from sales of packaged media to online forms of video consumption.

Wal-Mart dabbled in aq Netflix-style online DVD rental several years ago, but sold the operation to Netflix after getting 100,000 to 250,000 subscribers. Wal-Mart also attempted to get into video rentals with HP in 2007, but it gave up on that project after a year.

The Vudu acquistion would instantly make Wal-Mart a significant force in the video streaming business, and would make the company a direct competitor to Netflix once again.

Vudu initially entered the market with a set-top box that offered access to its video streaming service, but gave up on building its own hardware, and started offering its service as a software offering that could be integrated into other consumer electronic devices.

That might make more sense, as Wal-Mart also now is one of the leading retailers of consumer electronics.

Of course, Wal-Mart also has to position its electronics sales against Best Buy, a major competitor that likewise  is working with CinemaNow to enable streaming video services on its own consumer devices.
at February 22, 2010

I'm interested to see what the technology is that they've spent so much to purchase.

Yes the rumors are true. Vudu and Wal-Mart announced a definitive agreement for the retail giant to buy the streaming video service.