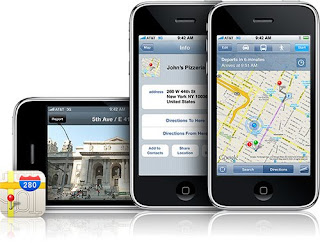 Apple Inc. CEO Steve Jobs says Apple is holding onto $25 billion in cash to take “big, bold” risks. That should be an immediate concern for any company that competes with Apple or thinks it might have to compete with Apple.

Even the new iPad, which has just launched, represents four percent of the company's value.

These days, Apple has suddenly, dramatically, become a "mobile handset" company. Sales of the iPhone now represent about 52 percent of the company's equity value.

The iTunes and iPhone App Store represent about 5.6 percent of company equity value.

So what about Apple's purchase of Quattro, a company providing mobile advertising for Apple, Android and other smartphone devices?

Apple probably is less interested in profiting from ads than in making the iPhone the most attractive device for developers to build applications. And money might have a lot to do with that. Right now, eighty to ninely percent of app store downloads are of "free" apps. That isn't such a great business model for a software developer.

Eighty percent of the three billion downloads from Apple’s App Store are free, for example. By offering a way to sell ads, Apple can help entice developers who will have another way to make money, other than selling software.

Apple executives said recently during their quarterly earnings call that the firm had no idea whether mobile advertising would develop as an actual revenue stream for Apple or whether it would simply help reinforce its App Store operations.