Nexus One for Verizon 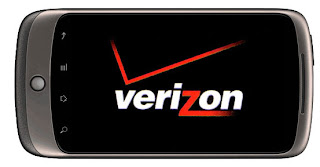 The Google-specified Nexus One, released on T-Mobile USA's network in January, will launch on March 23, 2010 on Verizon Wireless, a source says.

Verizon will introduce the Nexus One on the day the International CTIA wireless show begins, Neowin reports.

Pricing and terms of use are not known but likely will be "competitive" with T-Mobile's positioning.

The Nexus One is available for T-Mobile on an unlocked basis for a price of $529. Consumers can also order the phone through T-Mobile for $179 with a two-year contract.
at February 27, 2010