Skype on Verizon Wireless Will Use TDM Network 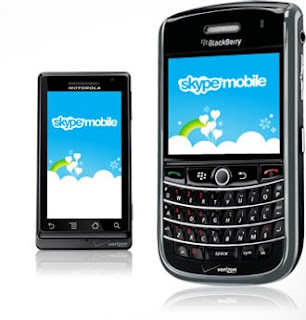 The Skype  Mobile client that will run on Verizon Wireless smartphones will run in the background on Research in Motion BlackBerry Storm, Storm 2, Curve 8330, Curve 8530, 8830 World Edition and the Tour 9630 devices.

It will also be available on the Motorola Droid, the HTC Droid Eris and the Motorola Devour.
Subscribers will be able to make and receive unlimited and free Skype-to-Skype calls, and use Skype Out to make international calls to any phone at Skype's standard rates. So, the client will be especially useful for users with family abroad, according to Verizon Wireless.

The calls will be carried over Verizon Wireless' voice network, and won't impact overall network quality, according to John Stratton, executive vice president and chief marketing officer at Verizon Wireless. That's probably the most-significant element of the plan.

The Skype client could well help Verizon Wireless set itself apart from other U.S. mobile operators in terms of the dependability of audio quality.

What "you'll see from Verizon, you won't see from anyone else," Stratton says.

So there's your plot twist: Skype, designed to circumvent the old TDM voice network, now will use the TDM network to ensure voice quality on global calls to non-Skype telephone numbers.

It's also a clever way to make better use of an existing asset to provide better user experience and differentiation in the market.
at February 16, 2010