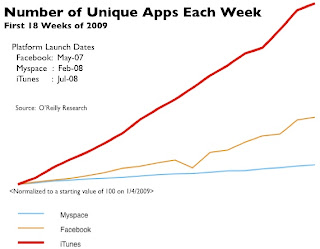 The new "Wholesale Applications Community" is a recognition of the role application stores now playing in fostering new applications and a great deal of the value of mobile broadband services.

Whether directly or indirectly, by design or by default, the new development community will compete with the Apple App Store as well as other app stores being created by Google and other device and application providers.

The real carrot for developers, if the initiative can iron out any number of important details, is access to a potential audience of three billion mobile users. In practice, discrete markets will be smaller, limited by natural language communities, for example. But it is an ambitious initiative showing access providers are not interested in forfeiting their roles in the application ecosystem to other handset or application providers.
at February 15, 2010