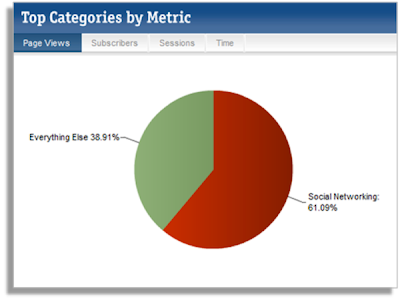 Without much fanfare, social networking has become a "killer app" for the mobile Web use by smartphone or feature phone users.

Or at least that is what one would surmise based on recent data from GroundTruth, which shows that more than 60 percent of U.S. mobile Web page views are to social networking sites.

A separate study by the GSM Association shows that in December 2009, about half the time they actually were using their mobile Internet access, U.K. mobile users accessing the Internet from their mobiles were going to Facebook.

So far, social networking is developing as the killer app for mobile broadband.
at February 05, 2010